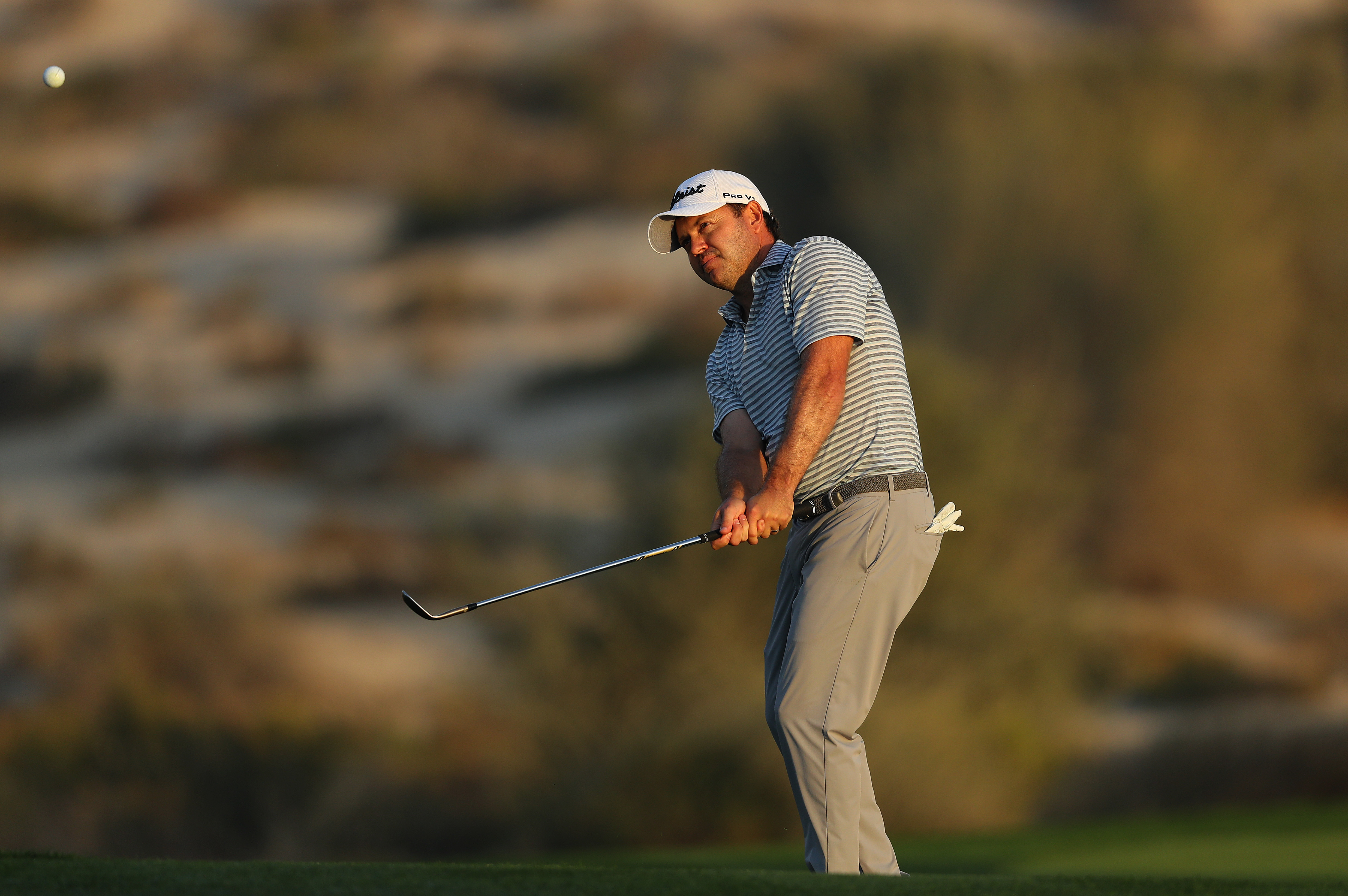 Richard Sterne fired a superb 8-under-par 64 to open up a one-stroke lead over Kurt Kitayama after the first day of the Dubai Desert Classic, with Ryder Cup stars Sergio Garcia and Paul Casey also in contention.

Sterne started on the tenth hole at Emirates Golf Club and notched five birdies before the turn and picked up another four shots on his closing nine, with just one blemish coming on the par-4 sixth hole.

“It’s always good to get off to a good start,” said the South African, who finished runner-up at the event in 2013. “It helps you for the rest of the week, I think. I’ve come close here before so it would be nice to have a chance going into the weekend.”

Kitayama also started on the back nine and chipped in for eagle on the par-4 17th en route to a 65, which included six birdies and a solitary bogey.

“I haven’t played this well in a while, so it’s nice to get a round like this,” said the American, who was a late finisher having teed off in the afternoon. “The chip on 17 was into the wind and into the grain, a pretty standard chip and I just holed it – which was nice. The wind picked up a little bit later on, so putts that were downwind and downgrain were a little dicey.”

Garcia, who won the Dubai Desert Classic in 2017, made three birdies on both nines and didn’t drop a stroke as he put together a fine opening 66 to sit in a share of third place alongside South Africa’s Justin Harding.

“I felt comfortable out there for sure and I felt like I hit a lot of good shots,” said Garcia, who teed off in the morning. “The conditions obviously were good, but they were tricky. The greens are a little patchy when it comes down to firmness. Some spots are really firm and some spots you can definitely spin it. So it’s just a matter of getting the right hops. Other than that, I felt like it was a good, solid day, and I’m very happy with the way it went.”

Harding began his round with a bogey but immediately bounced back with an eagle on the par-4 second and made five further gains to also post a 66.

“I played nicely, I really did,” said Harding. “I managed my game quite well and when I got myself out of position, I played for the middle of the green. The course has lots of strong par 4s and if you miss the fairway, it certainly is a bit challenging. But you’ve just got to try and take advantage of a couple of the par 5s out there and see what happens.”

Paul Casey, Robert MacIntyre, Thomas Detry and Adrian Otaegui are all one stroke further back in a share of fifth place after rounds of 67.

“This is a difficult golf course,” said Casey. “The last time I played here was seven years ago. It was difficult then and it’s grown some teeth in the last few years with some new tees, so I’m very happy.”

Tommy Fleetwood sits in a group of eight players who carded a 4-under-par 68, including Martin Kaymer and Ross Fisher, while three-times Dubai Desert Classic runner-up Lee Westwood shot a 69.

There was cause for celebration for Nacho Elvira, who made a hole-in-one at the par-3 11th to win a 4 nights Ultra All-Inclusive stay at JA Palm Tree Court for 2 adults in a Sea View 1 Bedroom Suite, which is presented by JA Resorts & Hotels. The Spaniard went on to post a 1-under-par 71.

Attendance at the event is for invited guests only but the action will be beamed to a worldwide audience on mainstream broadcast sports networks and highlights and exclusive content will be shared on the Dubai Desert Classic social media channels.�