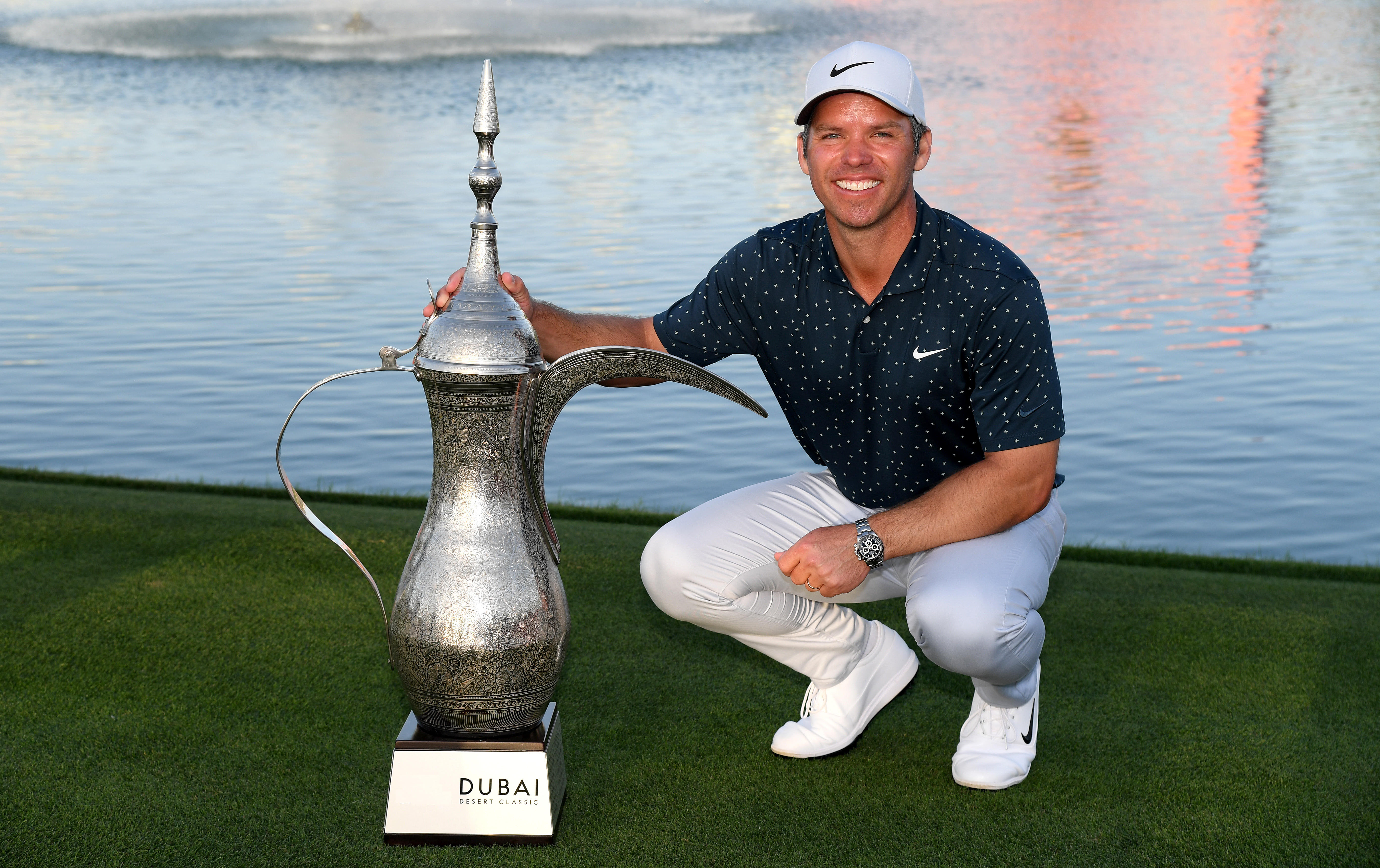 Paul Casey superbly closed out his 15th victory on the European Tour with a confident four-shot win over Brandon Stone at the 2021 Dubai Desert Classic.

The Englishman carded a 2-under-par 70 at Emirates Golf Club to win with a 17-under-par total, well clear of South Africa’s Stone with Robert MacIntyre in third place on 12-under-par.

“It’s very, very special,” said an emotional Casey after birdieing the 18th to put an exclamation point on the win. “The roster of past winners at this event is unbelievable and I’ve worked so hard. Dubai has been so good for the European Tour and for golf around the world, and this is so, so cool.”

Casey began the final day one shot clear of MacIntyre in the final pairing and the Scot quickly joined Casey at the top of the leaderboard with a birdie on the second.

He moved comfortably ahead with two early birdies on the back nine and dropped one stroke on the 15th before sealing the title with his closing birdie.

“I didn’t look at a leaderboard all day,” admitted Casey. “The key moments on the back nine for me were the birdie putt on hole 11 and a big bogey putt on 15 – a hole which I’d played rubbish all week. I also cleaned up nicely for par on 16 and after that is was quite straightforward.

“It was a joy being alongside Robert today. He might be part of that Ryder Cup Team for Padraig; he’s that good, he really is. He kept me on my toes but he was really the only guy I was paying attention to or could pay attention to.”

MacIntyre struggled to gather momentum after his early birdie and made four consecutive bogeys from the eighth after a cruel lip-out from inside two feet. He picked up a birdie on the 14th but it wasn’t enough as his charge for a second European Tour title came up short.

“I fought until the end – I got the start I was looking for, I thought ‘here we go’ after that first birdie, but sometimes it doesn’t go for you and today was one of those days,” said the 24-year-old, who carded a closing 74.

“I’ve just got to keep believing in myself, and if I keep giving myself chances like this week-in, week-out, then I’m going to bundle one over the line again at some point.

“Paul was brilliant today, he stuck to his own game, controlled himself brilliantly and I’ve got to look up to that and see where I can get to.”

Stone made a slow start with three bogeys on the front nine but bounced back on the homeward stretch to post a level-par 72 and move up one place from his overnight position and take second place outright.

The result marked a return to form at the event for the 27-year-old, who had missed the cut in his previous three starts at Emirates Golf Club.

“I’m extremely proud of the performance I put up this week,” said Stone. “I played some lovely golf, considering I was – I think around 2-over-par through five holes on Thursday, so it’s a fantastic fight back.

“After the first six holes today I’m 3-over par and I didn’t really think about winning the tournament anymore, it felt like I was doing a couple rounds with Mike Tyson. So then it was more a case of playing some good golf, and to finish level par in the conditions that we had – and all the pressure – is something I’m very proud of.

“Any time you’re going to be in contention here at this event, it’s quite special. The media have been supporting this tournament for many years, and the illustrious list of winners that have their name on the trophy is quite special. And on top of all that, I got to play with Sergio Garcia today, which is like a boyhood dream come true.”