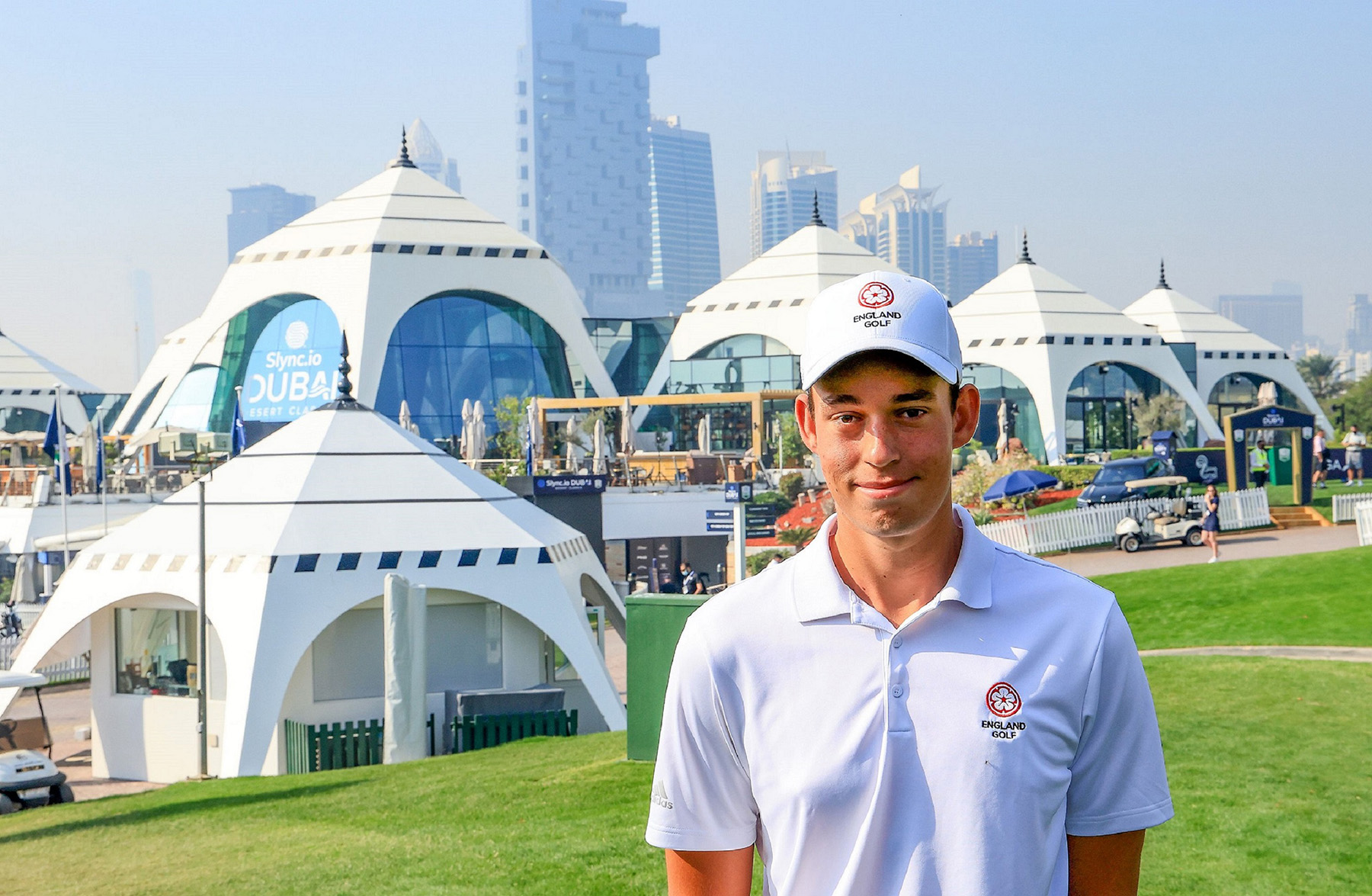 The UAE will be well represented at this week's Dubai Desert Classic with two talented young local heroes, Ahmad Skaik and Josh Hill, teeing it up alongside some of the world's best golfers on the Majlis Course at Emirates Golf Club.

Dubai-born Hill hit the local headlines last week, making the cut in the Abu Dhabi Championship at Yas Links at the tender age of 17 and finishing just outside the top 50 on a respectable +3 after four tough days in difficult conditions.

At 24, UAE national Skaik has also been putting together some impressive recent performances, notably making the cut at the Asia-Pacific Amateur Championship before narrowly missing out on the weekend at the Aviv Dubai Championship, the penultimate tournament in the DP World Tour last November.

Both are raring to have a crack at the Majlis after receiving tournament invites for the $8 million Rolex Series event, which has attracted three of the world's top 10, Ryder Cup stars, Major winners, and more.

Hill's objectives are simple: taking things one shot at a time: "I don't have any goals other than things like making sure I commit to every shot, making sure me and my caddie talk through the shot well, go through the process. I don't really want to think about the result; that will come if I'm able to stick to those goals."

On the prospect of facing the game's big guns at a renovated Majlis course, he added: "I really like the changes to the course. The revamp of the greens has gone well and they're running quite nicely. They're a bit firm, but it's the same for everyone. It's obviously longer off the back tees, but you've just got to hit quality golf shots, same as last week, same as any tournament."

Left-hander Skaik, still a student in his final year at university, is also looking forward to taking on the Majlis and testing himself against the best while playing from the tips.

Of the Majlis, he said, "I like the Majlis off the tee, but it is different off these ones, I usually play from the blue tees for the men's championships, but this is a great challenge. I'm hitting the ball well so that's a positive."

Skaik, who has been fitting in some practice while studying over the winter, had a tough weekend last time out when he missed the cut at the Abu Dhabi Championship. However, the left-hander was not too disappointed with his game overall, explaining that luck played a major part in two brutal rounds at the event's new home at Yas Links.

"I would say I got a bit unlucky in the draw," he said. "On day one I had a late tee time and played with a two-club wind for 17 holes. On day two, I had to come back to play the 18th to finish my round, into a 3-club wind. When I went out again for my second round the wind got up again and it was a 4-club wind all round.

"I actually played well off the tee both rounds and I hung in with my putting although it was tough, but my iron shots spun too much for the conditions, so I think I need to go to the UK to master those shots and links conditions. I need to keep these shots in my bag in case the situation arises again."

On his ambitions for this week, Skaik just wants to contribute towards the growth of the game in the region. "It is always an honour to represent my country – and Arabs in general – and I want to inspire youngsters to show them that we can play in these tournaments, compete, and do well. I showed at the Aviv that it is possible. I'm one of them, so if I can do it they can do it as well."

Simon Corkill, Tournament director - Dubai Desert Classic, said: "The inclusion in the field of Ahmad and Josh this year underlines the commitment and investment we are making for the future of our game. Their success will elevate golf to another level in the UAE and wider Middle East region. We wish them well this weekend."