SOUTH AFRICA'S HARDING AHEAD BY TWO AT DUBAI DESERT CLASSIC 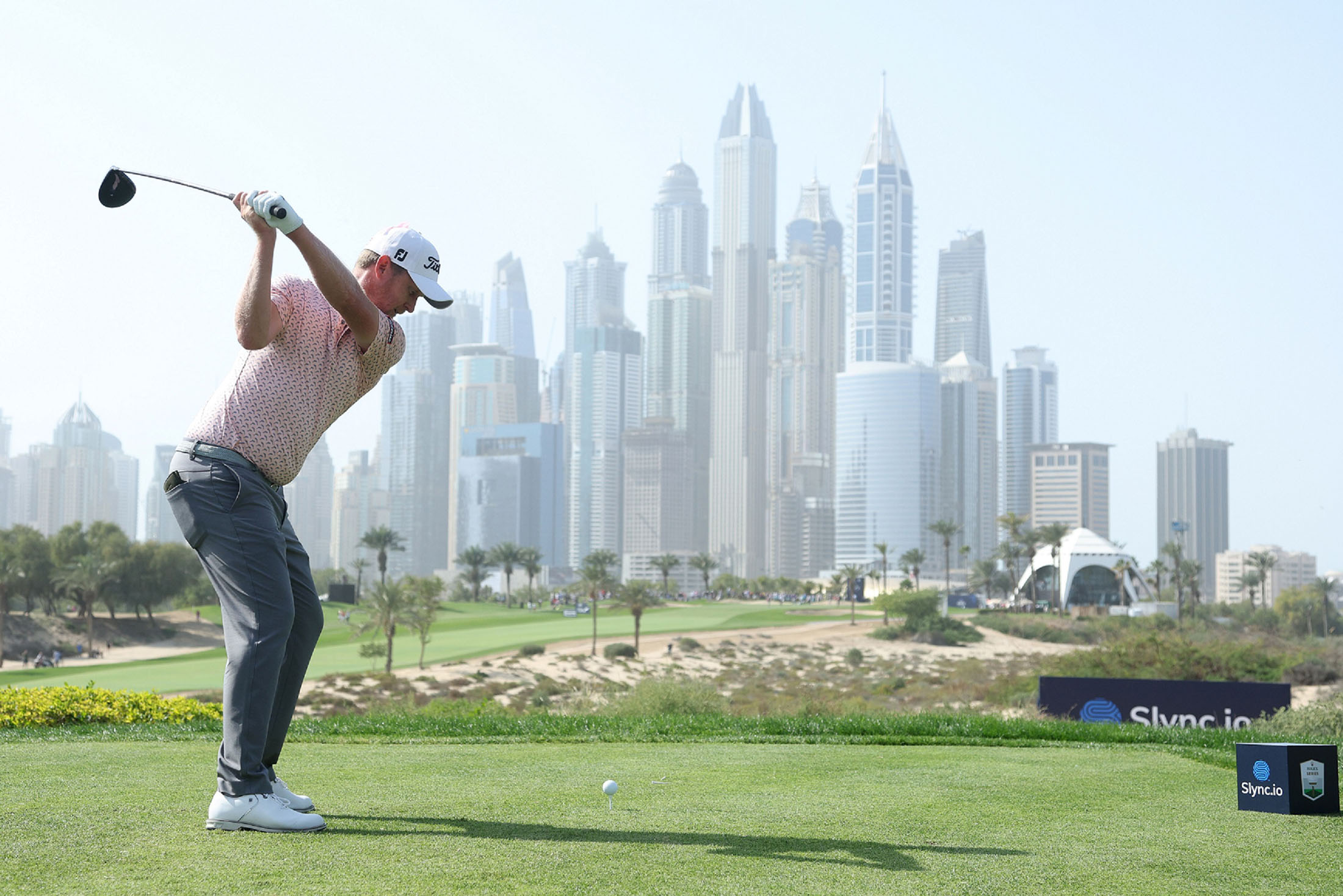 Overnight joint-leader Justin Harding claimed the outright clubhouse lead in the second round of the Dubai Desert Classic after a host of potential challengers failed to capitalise at Emirates Golf Club on Friday.

Starting the day seven-under par following a grandstand opening round of 65 on Thursday, Harding carded a steady four-under par round of 68 – including a magnificent eagle on the Par 4 15th hole - to reach the clubhouse with a two-shot cushion at 11-under par.

"I've played this golf course well over the years. Had a good final round a couple years back and was in contention last year and played badly on the Sunday. My game seems to be close. Just a matter if I can control the putter and make some putts, we are always going to be there and thereabouts, which is nice," said Harding.

Leading the chase is Tyrell Hatton, who is aiming for a fifth career victory in Rolex Series events this week. The Englishman bogeyed the Par 4 first hole for the second day running before recovering with seven birdies enroute to a six-under par round of 66.

With Harding bidding to become only the third South African to lift the famous Dallah Trophy, compatriot Erik Van Rooyen, the World No.63, fired a 67 to finish Friday three strokes behind his fellow countryman. Van Rooyen threatened to finish even closer to Harding before a sole bogey on the iconic par-four 8th spoiled the 31-year-old's otherwise blemish-free card. 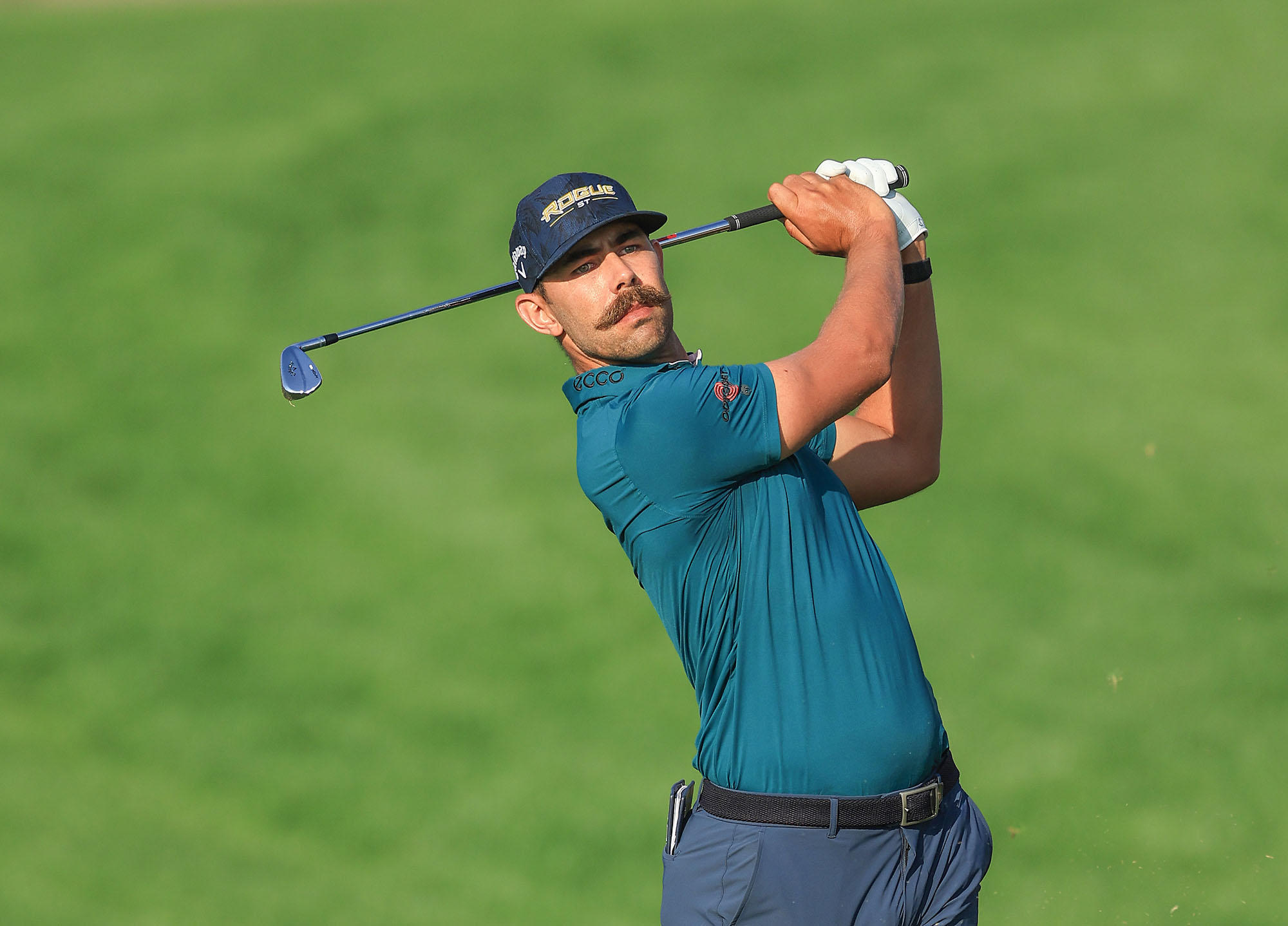 "It's what we play for, right, to be in contention, especially in these Rolex Series events. I'm happy that the Dubai Desert Classic is one as well, and can't wait for Sunday," said Van Rooyen, who sits at eight-under par alongside Fabrizio Zanotti. The Paraguayan carded a two-under par round of 70 following an impressive 66 on Thursday.

After an opening round of three-under par 69, Richard Bland was on course to set the early morning pace before a late collapse saw the Englishman card a double-bogey and bogey on the final two holes. Posting a second round of 68, Bland – who become the oldest-ever first-time winner of a DP World Tour event when he clinched the British Masters at The Belfry in 2021 – is in a five-strong chasing pack at seven-under alongside two-time Dubai Desert Classic victor Rory McIlroy, World No. five Viktor Hovland, Poland's Adrian Meronk, and Denmark's Joachim B. Hanson, who began the day as joint-leader. 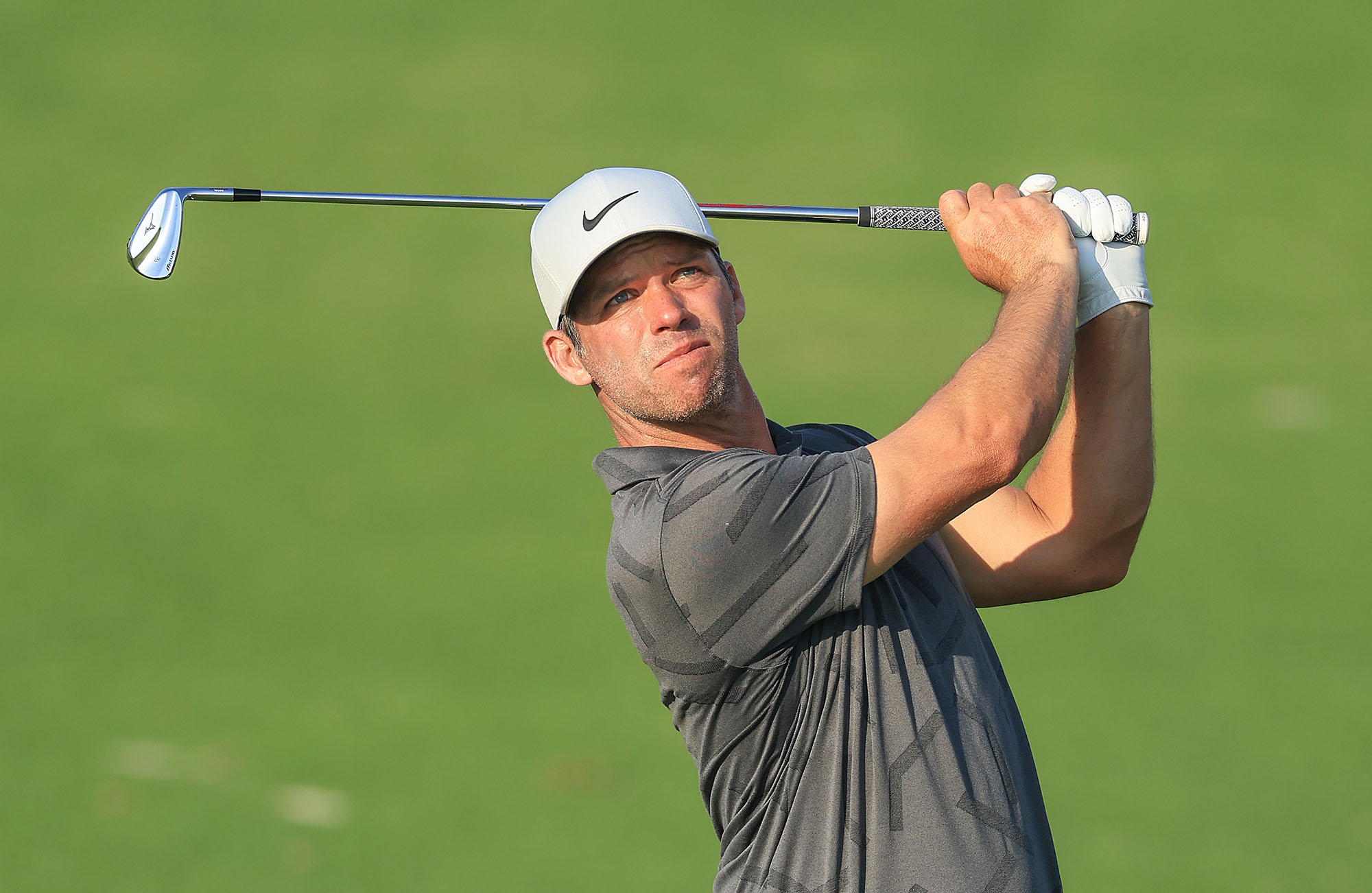 Following an opening round of two-under par, defending champion Paul Casey is poised to challenge at six-under after a second-round score of 68. "I made some mistakes and I wasn't feeling 100 per cent. I tweaked my neck and I'm not physically right, but I'm not unhappy. I'm actually quite happy that I did a good job of managing and getting round," said Casey.

Casey's compatriot Lee Westwood, twice a runner-up on the Majlis Course, posted a second consecutive round of 69 to join Casey and fellow countrymen Sam Horsfield, Richard Armitage and Tommy Fleetwood on six-under par.

Other high-profile players who will complete this year's Dubai Desert Classic after making the halfway cut include World No. 2 Collin Morikawa at three-under par, and a raft of former Majlis Course conquerors, notably 2017 champion Sergio Garcia at three-under par; 2018 champion Li Haotong at one-under par; and 2012 winner Rafa Cabrera-Bello at one-over par.

In a boost to home hopes, UAE-based amateur Josh Hill, 17, will see out all four rounds of his maiden Dubai Desert Classic appearance after a two-over par round of 74 left the young Englishman sitting at level par through 36 holes.

"It was a bit of a struggle to be honest. I didn't play that well, so I am proud of the way I dug in and kept positive. Even though it was disappointing, there are lots of positives. I dug deep which I'm pretty happy with," said Hill.

Elsewhere, fans of all ages are making the most of free entry to the event by experiencing a cacophony of family-friendly food and entertainment offerings available in a buzzing Tournament Town, which is open until 11pm daily though to Sunday. From Pinza to Wok Boyz, Stuffed Burger, Moshi and more, some of the city's favourite food trucks are laying on everything from pizzas to shawarmas, poke bowls to wings. To complement the food options, a series of fun activations test fans' golf game and keep kids entertained, while some of the city's most talented local performers are entertaining the masses with music and more.

The Dubai Desert Classic will continue its commitment to breast cancer awareness on Pink Saturday, with players, caddies, officials and fans encouraged to wear something pink for the worthwhile cause. Held in partnership with Al Jalila Foundation, Pink Saturday will see Tournament Town raise the stakes with a ‘best dressed' competition and spot prizes for spectators. In addition, visitors are encouraged to post images of a special flower display to their social media channels to further raise awareness.

Entry to the Dubai Desert Classic is completely free; visit https://www.dubaidesertclassic.com/ or ticketmasteruae.ae to register.