PAUL CASEY ROARS INTO THE LEAD AT THE DUBAI DESERT CLASSIC 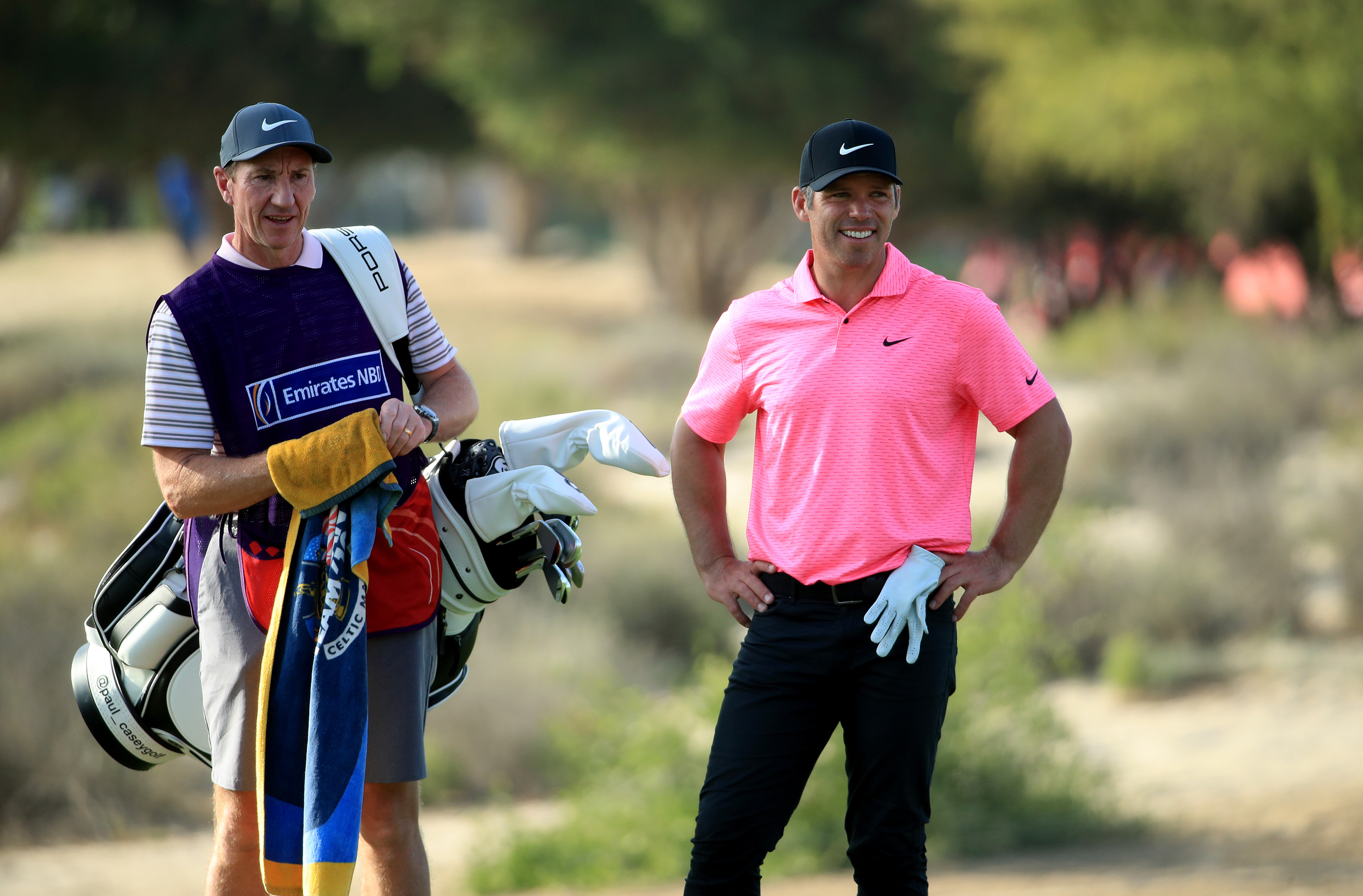 Paul Casey carded a stunning best-of-the-day 8-under-par 64 to take a one-stroke lead over Robert MacIntyre into the final round of the 2021 Dubai Desert Classic at Emirates Golf Club.

The Englishman chipped in for birdie on the 17th and made a superb eagle on the closing hole to get to 15-under-par, with MacIntyre posting a 5-under-par 67 on day three to sit at 14-under-par.

South Africa’s Brandon Stone is in third place on 13-under-par with Sergio Garcia and Laurie Canter in a share of fourth place on 10-under-par.

Casey opened with four birdies on the front nine and picked up another gain on the par-5 tenth before a run of pars preceded his spectacular finish.

“It’s a glorious finish,” said Casey, who is chasing a 15th title on the European Tour. “It’s one of the iconic shots in golf, and to have a perfect 3-iron in there and finish off with an eagle is pretty cool. It was a really enjoyable round of golf, yet at the same time it was challenging with a little bit of wind here and there.

“I’ve never won in Dubai, and you can see the very impressive list of winners with those photos of them behind the 18th green. So it’s cool – iconic trophy, iconic event and Dubai has given so much to golf, especially the European Tour, so it would be very, very cool to win.”

“That was eventful,” said the Scot. “I played great golf and I controlled my golf ball as good as I have all week. The wind was up more today and I was patient, and committed to every shot. That’s something I struggled with last year, but this year it has been drilled into me by many people: Accept what comes and just control what you can control. And so far it’s working well.”

Stone also had an eagle on his card at the par-5 13th as he put together a superb 6-under-par 66 to sit alone in third place, and the 27-year-old is well aware of the exalted company he could join with victory tomorrow.

“The list of winners that have won here before is obviously incredible, but at the same time the golf course has its own history,” said Stone. “Emirates Golf Club has an illustrious history and the location is special. When you stand up on that 8th tee box and you look at that tee shot with the skyline in the distance, it’s unique – you don’t get that anywhere else in the world.

Garcia, who won the 2017 Dubai Desert Classic, chipped in for eagle on the par-4 17th to vault up the leaderboard as his 5-under-par 67 moved him up 15 places into a share of fourth alongside Englishman Canter, who shot a 68.

“I hit some good iron shots today but I didn’t drive it quite as well,” said Garcia. “I didn’t feel like I drove it badly, but it was a little bit windier, a little bit trickier and I wasn’t able to hit as many fairways. But obviously I made a couple of good birdies on the back nine, a nice save on 12, and then the chip-in on 17, that was a big bonus. I’m happy with the score, but there are some things that we need to improve.”

As is recent tradition at the Dubai Desert Classic, today was Pink Saturday as the players, caddies, officials, staff and volunteers wore pink to raise awareness for breast cancer research.

This year the initiative is held in association with the Al Jalila Foundation, and in particular the ‘Brest Friends’ programme, which relies on donations, sponsors and fund-raising activities to raise money for breast cancer treatment and research in the UAE.

Attendance at the event this year is for invited guests only, but the action is beamed to a worldwide audience on mainstream broadcast sports networks and highlights and exclusive content will be shared on the Dubai Desert Classic social media channels.